Thanks to everyone who came along to the Launch show at the Black Heart in Camden. Nitkowski, Saturday's Kids and False Flags were, as expected, fully mint. It wasn't until the lights went on after we played that I realised how many people had turned up, the place was packed!

On the Sunday we headed to Reading to record our next single with Umair Choudhary at Silver Street studios. The idea is to release it with another song we recorded ages ago, which was supposed to be on a vinyl compilation called Poolside Funk. The song was the first song we wrote with Gareth.

We've got some shows coming up in the next month or so;

|Friday May 11th 2012|
Brighton, England
The Alternative Escape Festival
The Hydrant
w/ Love Among The Mannequins, Bad For Lazarus

This Saturday is our Split single launch! It's happening in Camden at the Black Heart and we have Nitkowski, False Flags (Leeds) and Saturday's Kids (Cardiff) playing too. The whole thing is free entry (the record costs £5...) and should be a right banger of an evening. This is the facebook event page.
x

Posted by Russell Whitehorn at 02:34 No comments:

Shield 'em covering a song by The Who!

Posted by Russell Whitehorn at 01:10 No comments:

Posted by Russell Whitehorn at 00:02 No comments:

Sadly, we are home from our tour with Love Among The Mannequins. Phil is already back fitting windows, Gareth is doing some recording with Mayors of Miyazaki and I'm drinking tea and putting off job hunting. I'll do it tomorrow.
In the meantime, to keep me amused, I have lots of fond memories of all the great people we met and all the brilliant bands we played with. Reroy [the van] was a good lad whom I'll miss the most.
Have a little click here Love Among The Mannequins, have a listen, and when you get paid next, go purchase it. Or even better, book them in your town [you'll get to meet Reroy too]. 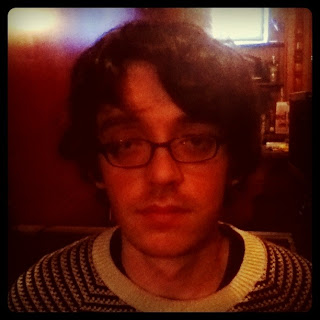 Posted by Russell Whitehorn at 11:27 No comments: